Skip to content
Cape Fear is the first in Martin Scorcese’s history of remakes, the second being  the Departed. Both are excellent. The original Cape Fear directed by J. Lee Thompson is an adaptation of The Executioners by John MacDonald. The 1991 update of Cape Fear runs an extra 20 minutes. It adds several scenes and expands its female characters. This allows us to see what Scorcese thinks is important in both a philosophical and artistic sense.

The first major change to the story is both a departure from the original film and book. In Scorcese’s Cape Fear, Sam Bowden played by Nick Nolte does not catch Max Cady in the act raping a young girl. In the update, Bowden was Cady’s public defender. He buried evidence of promiscuity on behalf of Cady’s victim. Cady was then convicted of rape. Gregory Peck’s Sam Bowden is perfect. He’s ridiculously handsome, calm, deliberate and pragmatic. He is a good guy pushed to his wit’s end. Nolte’s is a bit of a mess. He’s abused his powers as a lawyer. He has cheated on his wife in the past and is flirting with a court clerk. The law is not perfect in Scorcese’s world. This set up in some way vindicates Max Cady. Robert Mitchum’s Cady is angry about being caught by Sam, but De Niro’s Cady is angry at Sam for being a crooked lawyer. This is superficial because by the halfway point of Cape Fear 91, Cady has killed a dog and raped another a woman. While this all happens in the original, De Niro’s Cady is more explicit and menacing, to the point of caricature.

De Niro’s Cady has a subdued Cholo type energy. De Niro’s calm and murderous energy feel like a call back to Mitchum’s psychopath priest in Night of The hunter. They even share the same Love/Hate tattoo on the Knuckles. In Cape Fear 91′ the scene where Cady rapes a woman shows the moment the act turns violent. The victim in the original is not connected to Sam in anyway. Scorcese connects Bowden’s personal life with the act. This makes DeNiro’s Max Cady more sadistic and menacing. It’s a turning point for the film, not really a welcome one. 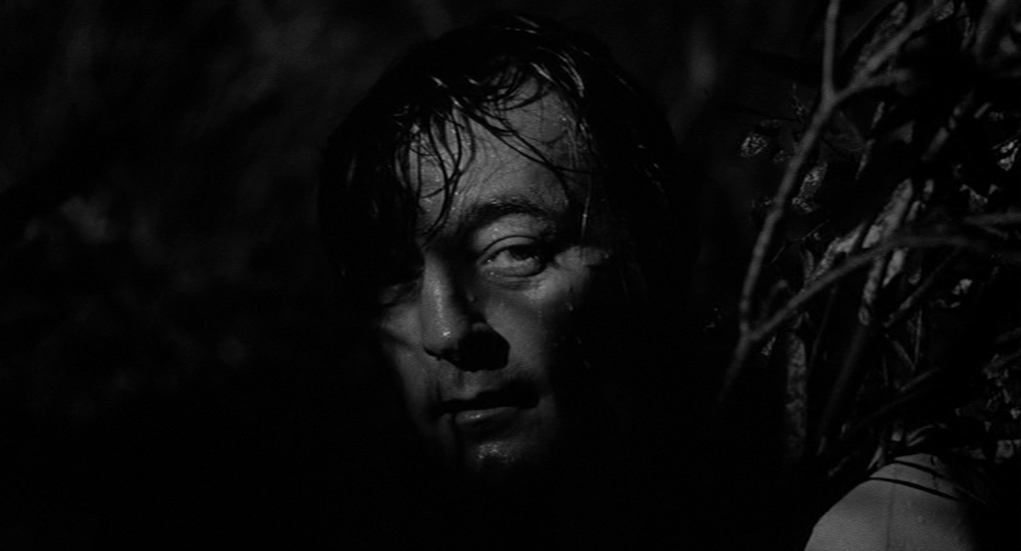 The final act in the original Cape Fear is grounded. Mitchum is cold and calculating. Peck and the Sherriff on stake out are optimistic about this plan, but Cady is one step ahead paying someone else to follow the Bowden family as he hitches a ride. He gets the drop on the sheriff because of some rusting underneath a wooden deck. This reversal of luck allows Mitchum’s Cady the upperhand. It’s perhaps, the strongest part of the original film. And it’s definitely the weakest part of Cape Fear 91.

In Scorcese’s film, Cady is now cartoonishly monstrous. He straps himself to the bottom of the Bowden’s jeep instead of tailing them. We’re given a lot of sadistic monologues and a house boat whirling out of control along the river until it falls over a waterfall. The entire scene is a constant amping up of the stakes making Bowden’s triumph over Cady a bit far-fetched and ridiculous. The other piece about the ending is that in the original Bowden doesn’t kill Cady. Nolte’s Bowden isn’t given the chance to make the choice. The river’s strong current drags Cady to the bottom of Cape Fear in Scorcese’s remake. It’s a very Hollywood action movie ending. 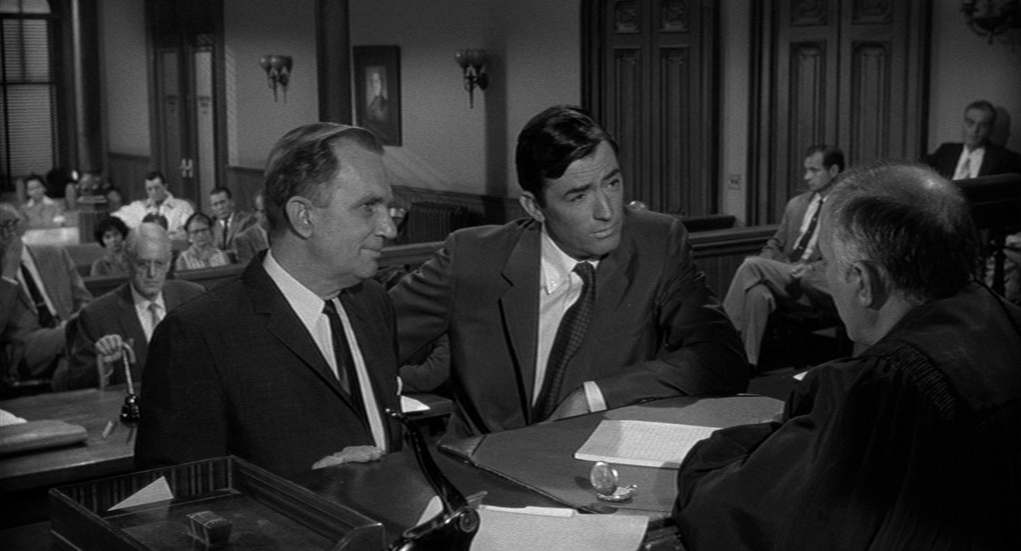 That said, the original is hardly a masterpiece. In a lot of ways it’s also a very Hollywood film of its time. It’s straightforward, but also one-dimensional. The women in Cape Fear have throw away lines. Gregory Peck has shallow banter with his daughter Nancy. “That’s why we should’ve never taught women how to tell time.” Lori Marten’s Nancy is the prize for Max Cady and yet they have very little interaction in the original. We hear Cady comment on Nancy to Bowden, but this only solidifies our perceptions about Cady. We hardly know Nancy. In Cape Fear 91, Juliette Lewis’ Nancy is more present in the film. She is going through puberty and is beginning to think about sex. She has several interactions with DeNiro’s Cady and bookends the film with a monologue about her family and the incident with Cady. This adds dimension to the rather flat Nancy of the original.

This also extends to Mrs. Bowden, Peggy in the original and Leigh in the remake. Peggy is often used as a north star to Gregory Peck’s wavering moral compass. In the remake, Leigh, played by Jessica Lange, is outspoken and frustrated with Sam. Sam’s past transgressions wounded their marriage. And it makes her exchanges with DeNiro a little more interesting.  The script gives Lange space to turn in a fantastic performance. It is a luxury Polly Bergen’s Peggy was not afforded. In Scorcese’s Cape Fear, she has a job, she can detect Sam’s bullshit and is generally fed up with all the men in the film.

Some say Cape Fear 91′ is Scorcese making a studio film as a way to curry favor for risky upcoming projects. Regardless, it’s an interesting addition to Scorcese’s filmography. In this film, Sam Bowden brings misfortune upon himself and his family by lying. We also get a more menacing and sadistic Cady, bad Southern accent included.